Many programs claim to “develop”, but they really stack rosters with the “next best kid” or with players already formed at other clubs. That philosophy neglects players who need knowledgeable guidance to maximize their potential.

SABA’s top-flight teams are made up of players who were once on B and C team rosters. In addition, B and C team players are displaying qualities that positively impact their team. As a result, teams in various divisions are experiencing success, not just the “top” teams in the club. By keeping the long-term process in mind, SABA continues to value the disciplined execution of the curriculum throughout all divisions, and not just the top-flight teams.

Although teams benefit from adding talent throughout the tryout process, SABA continues to field successful teams with a high percentage of players developed at SABA.

Each season, variables change, such as division realignments, roster changes, and player attrition. Regardless of the changes, SABA stays true to club principles in order to keep players progressing and teams moving in a positive direction. Below are some examples of our success in developing teams in all divisions. The list provides measurable stats and some variables involved throughout the process. 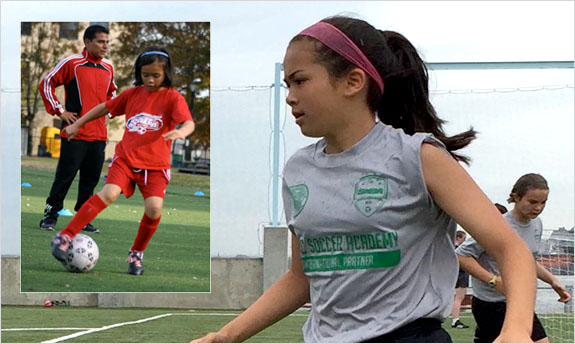 Sophia began playing for SABA when she was 7 years old. She is now one of the top attacking midfielders in the Academy, displaying technical qualities developed throughout her years at SABA. 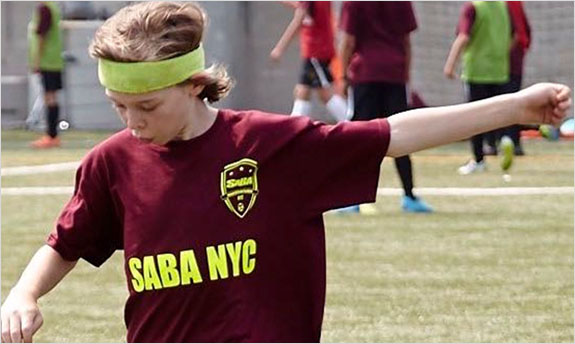 Jasper is an original member of Bayern and is a great example of player development. He currently guests up with Arsenal and has made an impact by scoring goals for both teams.

The most successful teams have a core group of players developing alongside each other for several years. However, players rosters continue to change each year, due to various reasons that change the dynamics within a team.

Some factors that impact team rosters are:

DEVELOPMENT DESPITE PROMOTION AND PLAYER ATTRITION

SABA provides the framework, knowledge, and abilities necessary to successfully develop players and teams. The club’s recognition continues to surge due to the commitment and attention to all players, and not just the next best kid. 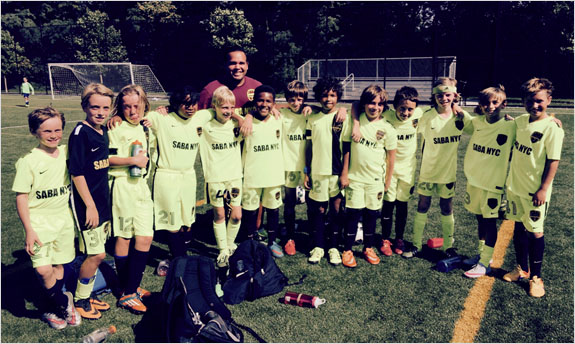 The Fall 2015 Bayern Group has reached the NY Cup Quarterfinals. This group lost 2 players who were promoted to Arsenal.  However, two players promoted from Corinthians have had an impact on the Fall season’s success.

Unfortunately, not all youth clubs practice authenticity. Instead, they try to build club success by pitching what they think players and parents want to hear, trapping them with promises.

While some clubs develop the reputation of “poaching” players from other organizations during the season, SABA refrains from adding players to club rosters in an unethical manner. The right procedures are taken to ensure registration and recruitment is done the right way. SABA’s reputation and popularity in the community speaks volumes about the positive impact the club is having in the NYC metropolitan area.

We confidently proclaim what we believe. A commitment to our values helps SABA maintain the integrity of the sport and continues to earn the support of organizations with similar beliefs.

“My priority is to provide a leadership group that carries out a clear set of principles, maintains an honest sense of self, and is capable of shaping conduct that steers clear of false promises. The application of our values continues to achieve positive feedback from other club directors, administrators, and league delegates.”