It’s not easy to keep our objectives in perspective since instant success is most palatable. Programs focusing only on the most talented players blur the lines between actual development and a “perform now” philosophy. SABA takes on a different approach and creates an excellence-based environment emphasizing the process that eventually determines results.

Talent disparities and team complexity provides a challenge that the staff is capable of overcoming. However, It takes time to assess the player, parent, and coaching dynamic within a group before we can address changes. A commitment to the principles and understanding of the process continues to provide a player driven environment that is truly developmental.

Younger, or recently formed teams may not display the precision or skills that other teams are displaying, not because we pay closer attention to one group over another. The attention and care to the B and C teams helps develop players that could eventually get promoted to the top-flight teams. The B and C teams could also eventually merge with other SABA teams in the same age group to form bigger rosters when older.

PROOF IN THE PROCESS

A few teams that are proving SABA’s ability to see out the process and develop teams over years are Atletico, SGA, and Brooklyn City. These teams have shown great improvement and once struggled in the lower divisions. However, after several years of developing individual talent and improving team dynamics, each team is now competing in top divisions.

Bayern is another great example of a team that has been resilient and stuck by the process. This group has been together since Fall 2013, showing continued progress throughout each season. In their first season in the U9 minor division, Bayern lost 7 games and won only 1. In the Spring of 2015, Bayern went undefeated in 5 Borough Division 1, scoring 27 Goals, an increase of 17 goals from their first season together. Measuring Bayern’s actual time spent on the field, 37 league games, as opposed to actual years, provides an impressive and measurable stat on the team’s development. 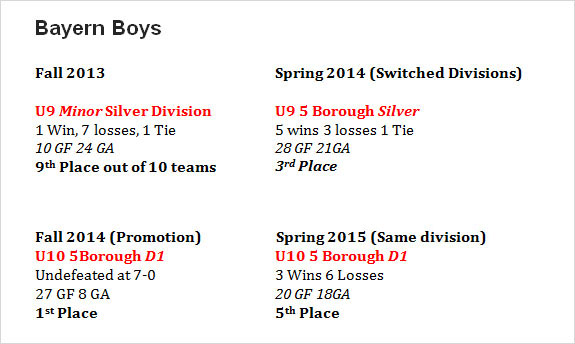 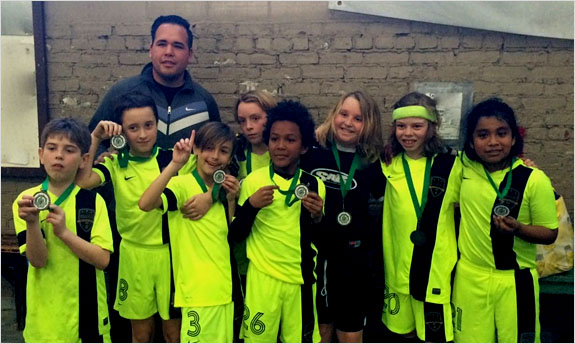 The SGA Girls have been a great example of the long-term process coming to fruition. The progress made from having just 4 girls in 2010, to NY Cup Champions in 2015,is one of the most notable success stories at SABA.

The teams mentioned above are just a few examples that prove there is a capable staff that pays close attention to the improvement of players and teams in all divisions. The result is a high rate of player development.

More details on the success of the process can be viewed in the True Development section on our site.

Coaches and parents need to balance competition, winning, and fun, so that the scale is not tipped too much in one direction. As we strive to meet these objectives, the main focus is on the player’s needs. Although parent support is required and expected, the most important soccer decisions, such as player selections, coaching assignments, and league and tournament registrations, are made by the SABA staff. The omission of a parent board helps players “own” the experience without interference from adults who may have individual agendas. 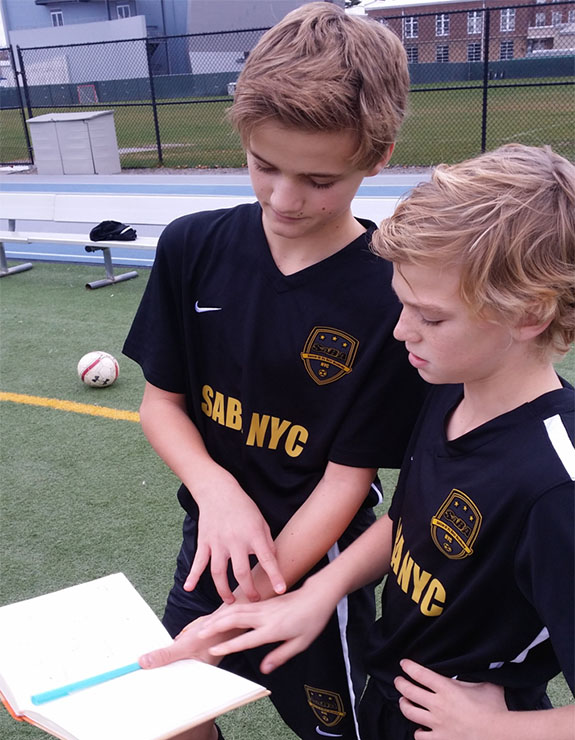 HOW DO WE MEASURE SUCCESS?

SABA has been recognized by local, regional, and international organizations. Several players have been identified at Regional training centers, where they train and compete alongside players from other recognized clubs in the Northeast. Training centers identify players capable of playing at the highest levels in preparation for possible college and professional opportunities.

International recognition has been highlighted by SABA’s partnership with Celtic FC Academy, the Scottish club’s first and only NYC affiliate.

Individual and team accomplishments are not the only barometers of success. The “culture” at SABA provides a deliberate process that embraces challenges and is capable of achieving individual, team, and club objectives. A drive to maintain this culture continuously recognizes SABA as a program worth experiencing.