SABA NYC is a member club of the Super Y league (www.sylsoccer.com), a summer league run by USL (United Soccer Leagues). The league offers high-level competition over the course of the summer for elite-level youth clubs.  Our Super Y program is “club neutral” and is open to players from any club in the NY Metro area, who wish to play with us over the summer. 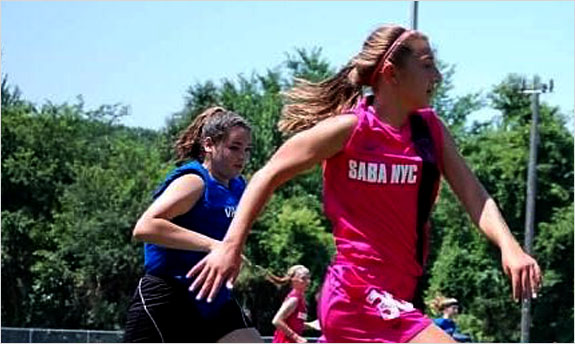 Our most recent teams included players from NYC, Long Island, and NJ.  In 2015, just our 2nd year in the league, the SABA NYC Girls U-13 squad qualified for the National Finals held at IMG Academy in Bradenton Florida. They won 4 straight games at Nationals before falling in the Gu13 National Championship. 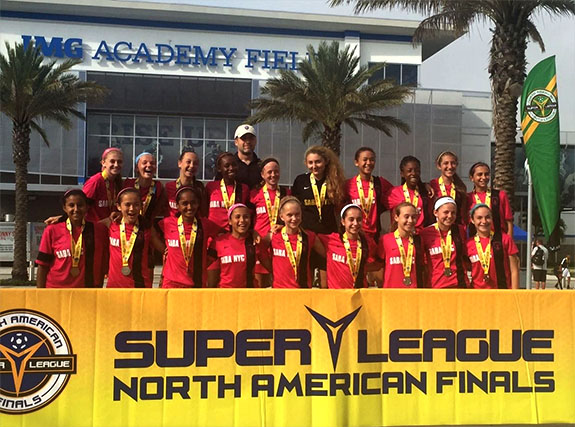 Based on the success at Nationals, SABA NYC is expanding its presence in the Super Y league with additional girls age groups, beginning to establish itself as the top Super Y club in the NYC area. 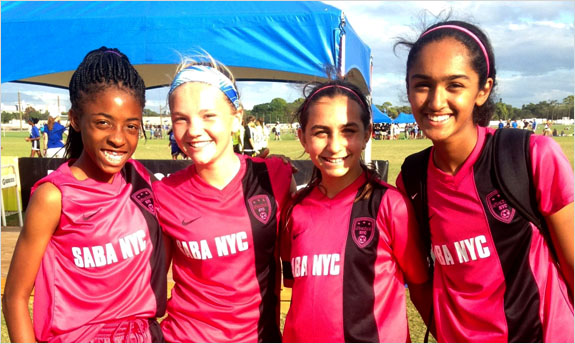