In 2010, four 7-year-old girls began training on an evolving Roster.  In 2011, additional girls were added to the roster and the U8/U9 Sky Blue team was formed. The initial player pool was made up of two age groups in order to field a team in the league. During their first season, Sky Blue lost every game, only scoring one goal in the final game of the season.

In the Spring of2012, The player pool grew and the group was now separated into two teams. This period of transition was met with trepidation from parents who were concerned that theoriginal team was breaking up. The reasons forseparating the group was consistent with SABA’s philosophy of increasing young players pools and then fielding age appropriate teams when capable.

In theFall of 2012,Coach Adam took overthe team. During Adam’s first year, more players joined the roster, but the team continued to lose games, at times by 5 or more goals. Support and patience from parents who understood the philosophy and supported their coach, helped Adam continue to focus on individual and team objectives that would put SGA on the current path to success. In the fall of 2014, the rewards of the process began to take shape with SGA’s first Division Championship.

In2015, SGA United captured the NY Cup title with a memorable final. SGA is displaying the brand of soccer that we strive to achieve across all of our girls and boys teams. It has been a rewarding experience for all the parents and players who’ve supported the program and who’ve been part of the process for several years. 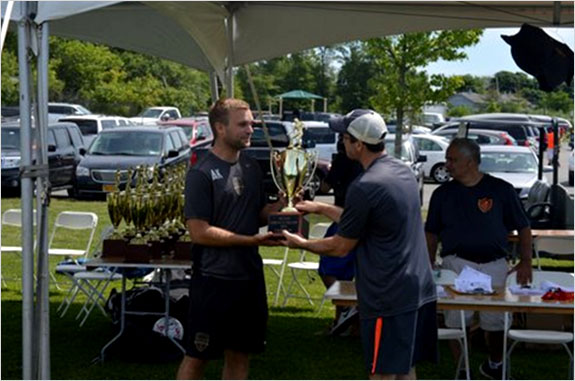