SABA is delighted to announce a partnership with Celtic Soccer Academy in Glasgow, Scotland as part of their International Club Partnership Program.  SABA pioneered a historic event in 2015, hosting Celtic FC Academy in NYC. Celtic FC Academy coaches traveled from Glasgow to Brooklyn to work with 125 SABA players from July 13-16, 2015.

In addition to the annual camps, this partnership will entail:

SABA now adds Celtic FC to the very pinnacle of our developmental pyramid. This will allow a direct pathway to European Academy opportunities for our most talented and committed players. 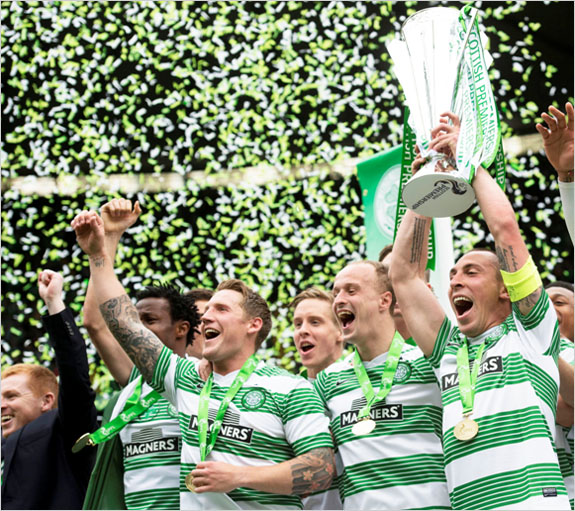 SABA has discussed international partnership opportunities with various clubs but has been careful to commit to a club unless the philosophies, goals and opportunities aligned with our vision. We requireda club that would provide a genuine link to the true academy of a professional club and ultimately provide a “true” relationship, which extends beyond simply brand promotion. We also placed importance on finding a partner that paid attention to women’s soccer to continue the great work and growth of our girls program. We firmly believe these expectations will be met and are proud to be the first and only international Celtic FC Academy partner in NYC.

The direct access, resources, and opportunities Celtic are willing to provide SABA is a privilege to our players and coaches. It is the dreams of many young players across Europe and the world to have the opportunity to experience a professional academy environment, especially at a club with the stature and history of Celtic Football Club.

Celtic Soccer Academy Manager Willie McNab commented: “We are delighted to add SABA to our International Club Partnership Program and it again emphasizes our commitment to building relationships across the globe. SABA is a very ambitious and progressive club and we are looking forward to a long and prosperous partnership with them.”

Celtic Football Club is one of the biggest and best-supported teams in the world. Wearing their iconic green and white hoops, Celtic are instantly recognizable when they play and are renowned for their passionate fans and their many successes on the field of play.

They have won 46 Scottish League Championships, 36 Scottish Cup, and 15 League Cups. They regularly compete in the UEFA Champions League, recording one of their most famous victories by defeating FC Barcelona 2-1 at Celtic Park in 2012. In 1967 they became the first British team to be crowned UEFA Champions.

Harry and Adam spent a week behind the scenes at Celtic football club in February of 2015. Some key highlights from the trip included meeting the first team manager Ronny Delia who gracefully took time from his busy schedule to discuss his personal methodology and vision for success as a coach and within his teams.  Not many get the chance to meet and speak directly with first team managers of European teams and this was a huge privilegewe relished.

The highly respected Chris McCart, head of Celtic Youth Academy and a member of the UEFA Youth League working group, also took time to discuss his work and methods. He revamped Celtic’s academy system to make it one of the most original and modern programs in Britain, which is now being emulated by many English clubs. Another captivating meeting was had with a highly regarded specialist in his field, Jim McGuiness, who is now the youth & first team performance consultant.  Incredible insight was gained into the development & sustainability of players and the mindset required for youth players to reach the ultimate goal of playing for Celtic FC.

In addition, Celtic hosted a visit to an innovative school program that Celtic first pioneered for its youth players in 2009. This program involves 50 selected academy players from U13-U16. They are placed into an academic setting together. This new program allows greater access to the players and particularly the number of practice sessions for Celtic to train the academy group without having a negative effect on their education. The teams practice prior to the first class of the day and practice again after school. Benefits for Celtic now include control on health aspects such as eating and drinking habits, as well as individual academic progress. Figures have shown the current crop of U12-16s are showing a greater rate of growth in height and improved fitness statistics compared to prior groups before this new program was incorporated. Furthermore, Celtic academy players on average performed higher academically than the regular every-day students in which they assimilated with in the school.

Another particular highlight was having the opportunity to watch the U9’s and U12’s Celtic v Rangers game, considered one of the biggest soccer rivalries in the world. The tension and atmosphere even at the youth level in respect to the contest was clearly evident which made for two highly intensive, fast-paced games. It was a great chance for us to recognize certain tactical / technical / professional elements that were communicated to us throughout the week and see it first hand being executed during these games.

Celtic went above and beyond in accommodating SABA coaches throughout the trip and the few examples above are only a scratch on the surface to some of the valuable resources and personnel that were made accessible to us. Celtic is committed to their “family club” values and they certainly did a great job at making SABA feel like a part of the “Celtic Family.”