We are delighted to officially announce our new camp partnership with West Ham FC who will be joining us on July 29 to August 1st @ Pier 5, Brooklyn Bridge Park.

Players excelling there will be invited to London for an Academy experience. 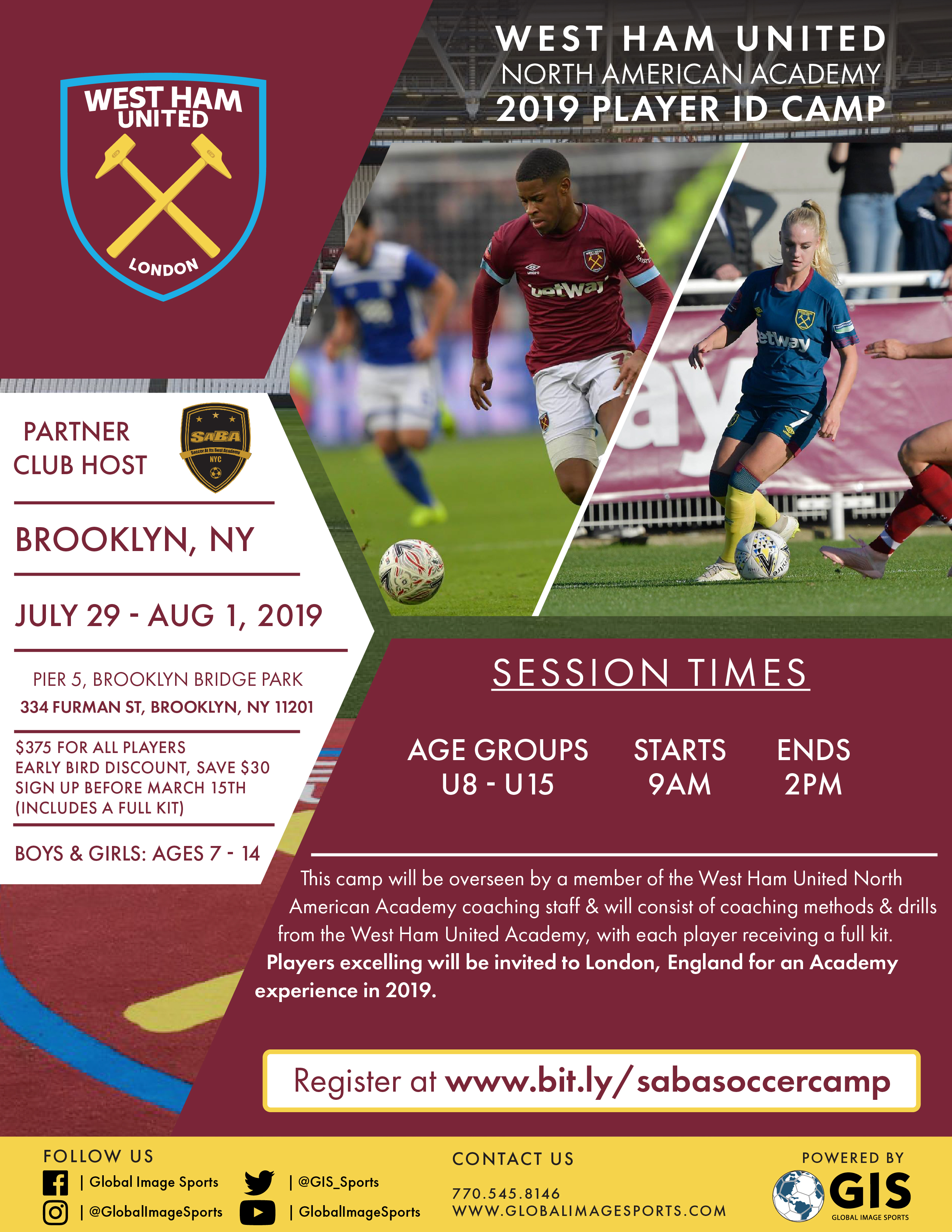 SABA NYC B2007 (u12) currently remain 1st in the recently formed Metropolitan League at the conclusion of the Fall 2018 season.

The 2007 boys won 8 from 9 games, drawing only to Barca Academy in an intense and dramatic match-up which saw Toby Alvarez, a 6-year SABA player, tie the game with an excellent free-kick late in the 2nd half. 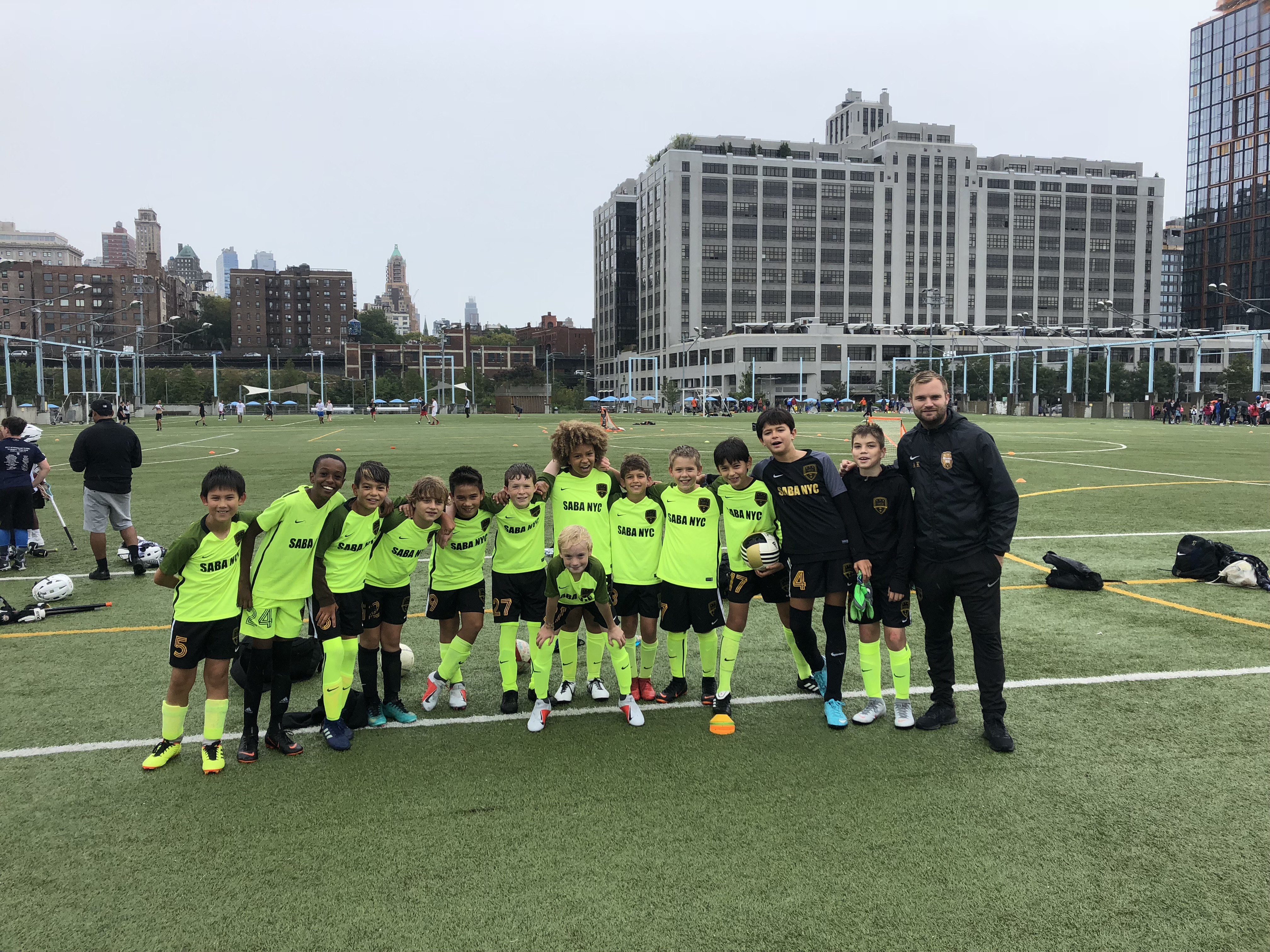 Some further info regarding our camps can be found here: https://sabanyc.com/camps-clinics/ 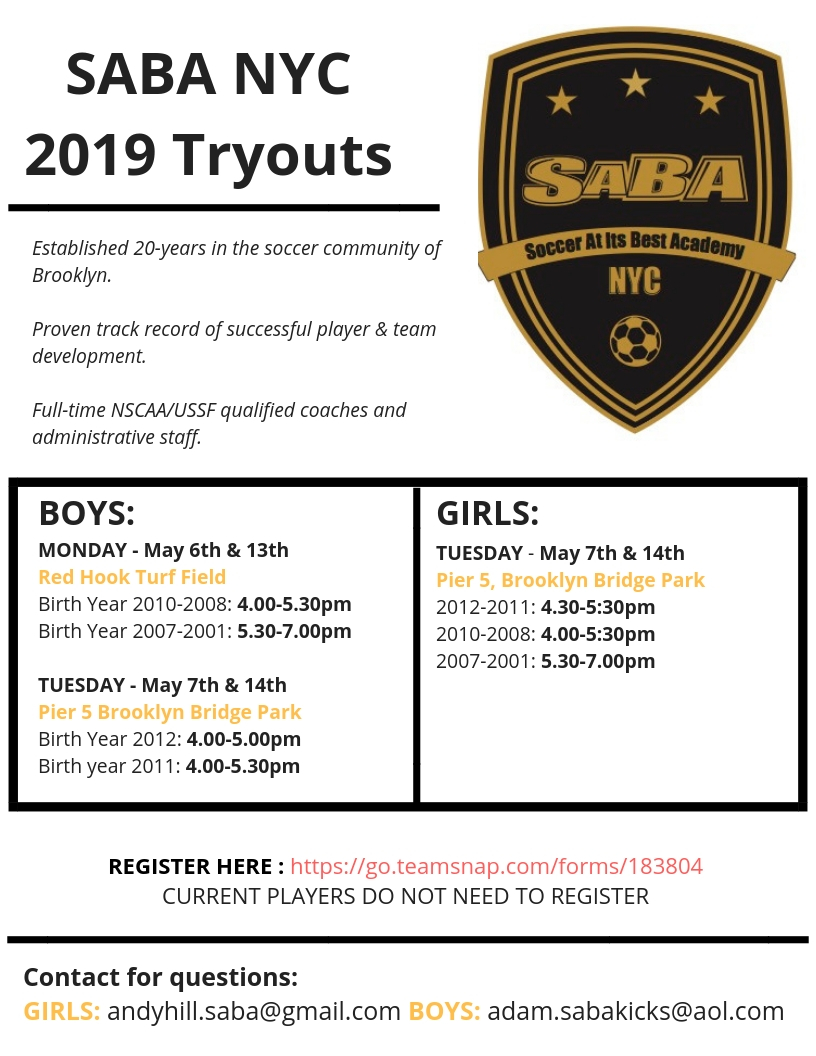 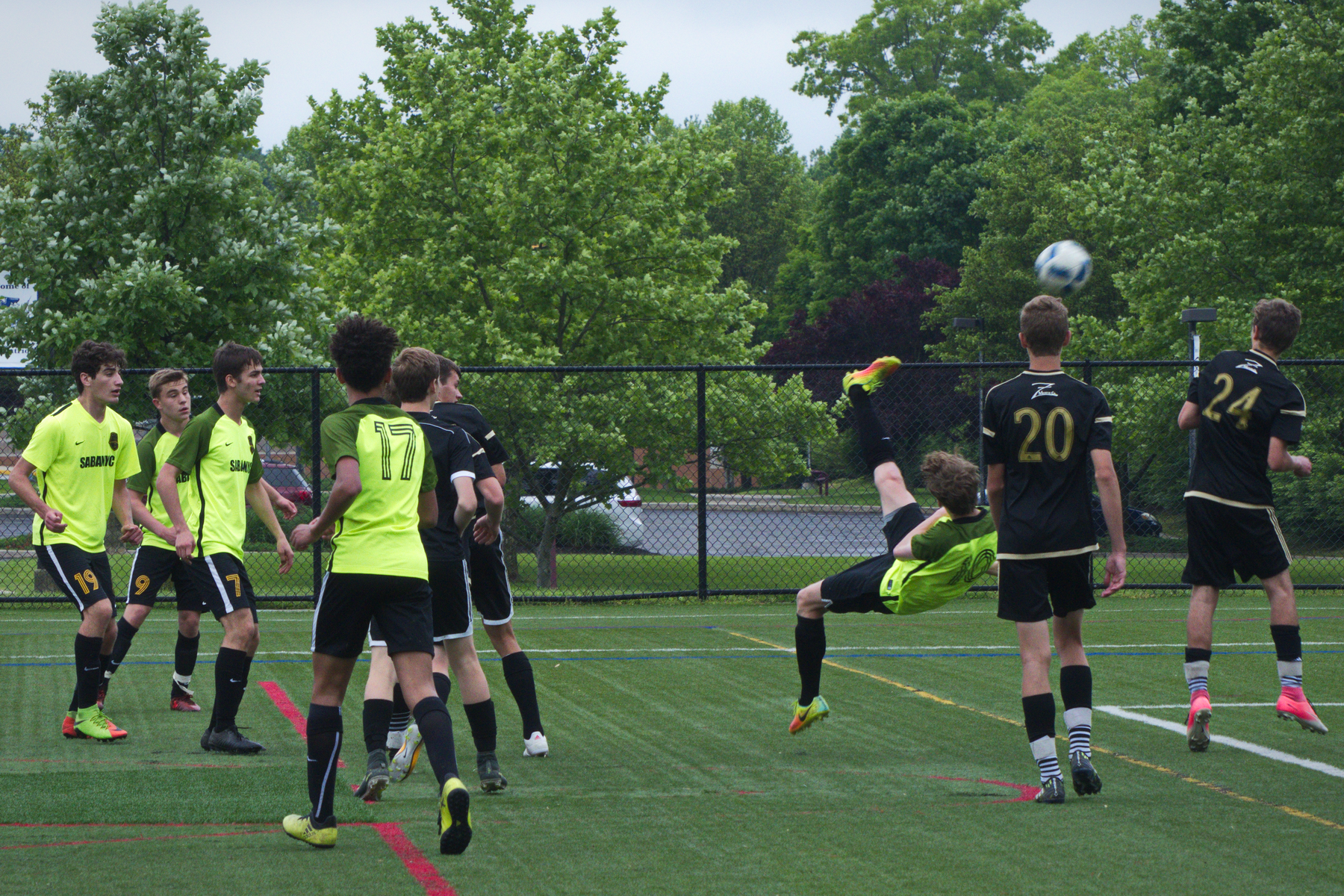 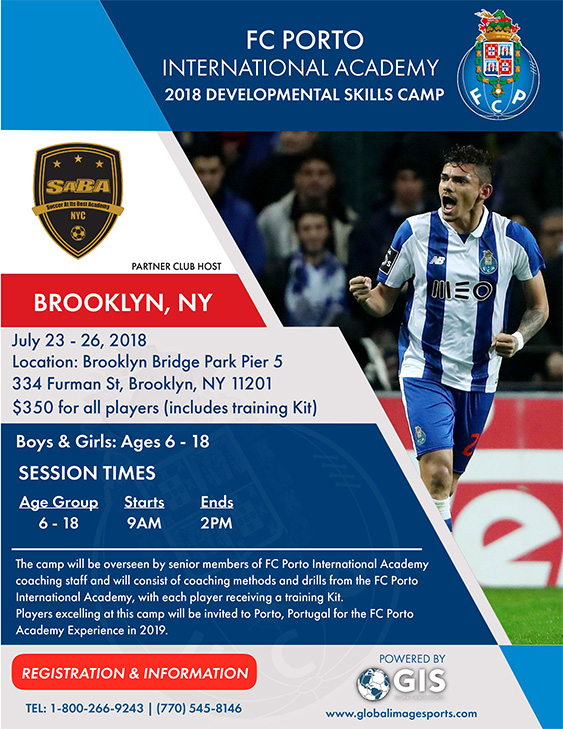 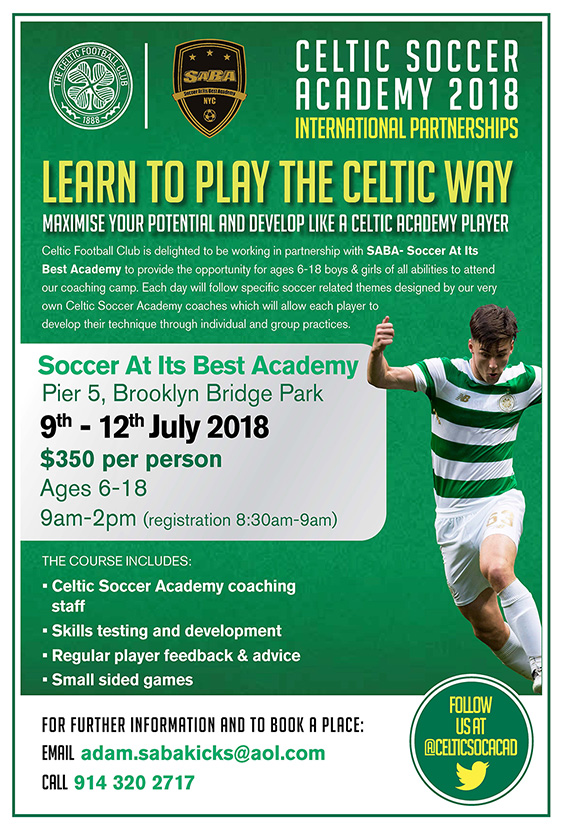 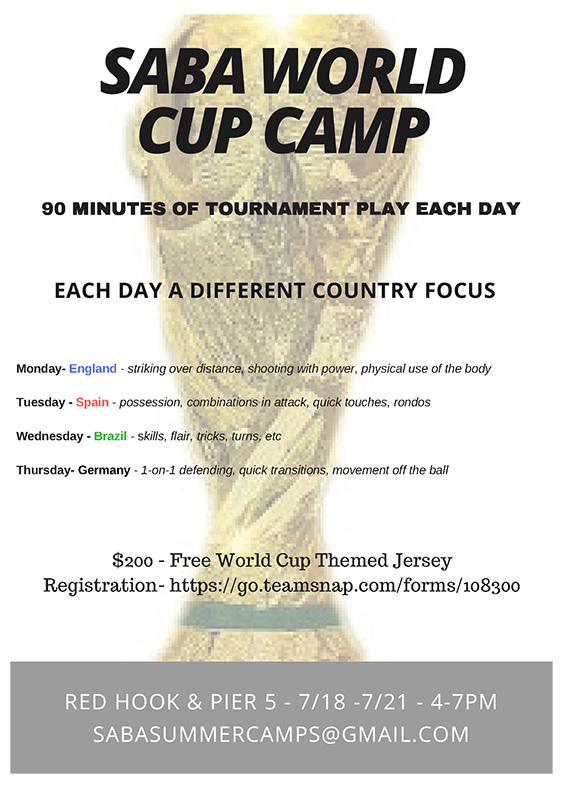